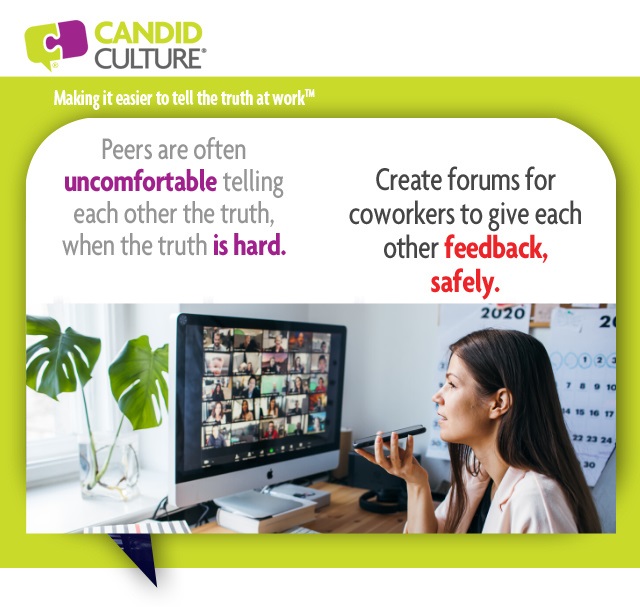 The key to being able to give peers feedback (to give anyone feedback) is to agree that doing so is not only acceptable but expected. Before agreeing to give and receive feedback, peers need to set clear expectations of how they’ll work together and treat each other.

Telling people how you want to work with them is always easier than asking someone to change their behavior. But it often just doesn’t occur to us to tell our peers what we want and need from them. We’re busy. They’re busy. And don’t they already know what courteous workplace behavior looks like? Return all emails within a day or two, tell people if you’re running behind on a project and will miss a deadline, and call into meetings on time from a quiet workspace. Aren’t all of these behaviors fairly obvious? Do I really need to tell people these are my expectations? Uh….yes, you do.

If you don’t want employees dumping these challenges on their managers, help employees talk to each other.

Here are seven steps to help people who work together set expectations and hold each other accountable:

It’s not too late to put these practices in place, even with a group that has been working together for a long time. Just schedule the conversation and explain why you’re having it. People will be relieved and grateful.

The post Make It Safe to Tell the Truth – Working Well With Coworkers appeared first on Shari Harley.