This Is What It's Like Acting From Home In Isolation 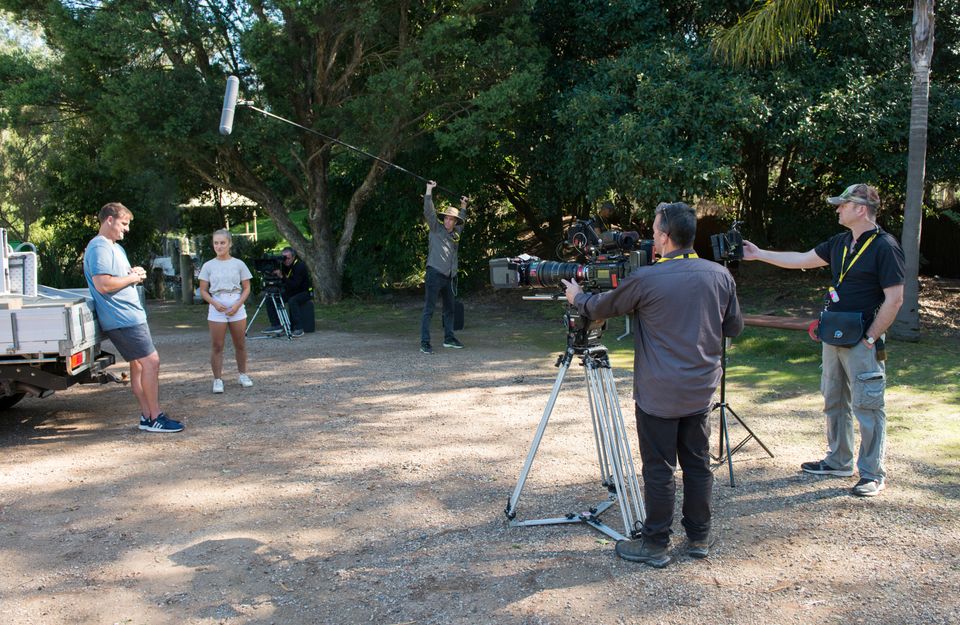 This Is What It's Like Acting From Home In Isolation

“I couldn’t listen to the news because it made my heart freeze and my fingers hurt,” says David Bradley’s character in a new digital play about the coronavirus, released on YouTube.

Two months into lockdown, the Covid-19 death toll remains a sobering daily truth, and intaking the constant cycle of news and analysis about the virus is an ongoing challenge.

But due to the obvious risks involved with traditional filming methods under lockdown, actors haven’t been able to respond to the coronavirus, and the ways it is affecting our lives, in the way they may naturally like to.

It’s not only drama that has been affected. Live shows like Strictly Come Dancing are in jeopardy due to social distancing rules, and filming stopped on all of the soaps, but most are due to start shooting again with strict new measures in place.

Now that a significant period of time has passed since lockdown began though, script writers have begun writing stories responding to coronavirus.

One of the first pieces have been filmed under lockdown is She Left Home For A While, the headliner from a new series of digital plays responding to the virus by the theatre company Paines Plough.

There are 31 ‘digital plays’ being written and recorded from isolation in the Paines Plough Come To Where I Am series, and Simon Stephens’ play, written especially for David Bradley to perform, is the first to be released.

The Harry Potter and After Life star has filmed himself acting in the one-man show, which examines the idea of what ‘Home’ really means now we’re all spending so much time in it.

David shot the digital play using an iPad from his front room at home in Stratford-Upon-Avon, and speaking to HuffPost UK, says he learnt a lot from the new experience.

“Our ability to adapt in these times is quite inspiring,” says David. “I’ve never been directed virtually before, but it works. I recorded takes until I felt I was happy. I would send that off pinging through the airwaves to Charlotte” [Bennett, one of two directors alongside Katie Posner, both the Artistic Directors of Paines Plough].

Charlotte, Katie and playwright Simon Stephens communicated with David via FaceTime calls over two days until they felt the finished product, which has a seven-minute runtime and tells the story of a man waiting for an unnamed woman to return home, conveyed the story.

David filmed the whole thing multiple times from scratch in his living room.

I just set up my iPad on a table and experimented."David Bradley

“I just set up my iPad on a table, I sat in a chair and experimented,” reflects David.

He soon discovered how acting from home requires more than just the acting.

“You can control the lighting and the sound yourself and you can see on the screen when you’re doing it what it looks like - it’s like FaceTiming,” he says.

“Normally in a TV studio you rely on your lighting guy or director of photography to make sure the lighting is just right, and you go along with what they do because they’re the experts. But when you’re looking at the thing you think, ‘Ooh, that looks better a little bit darker there, a bit of shade there’: you find you’re doing all this stuff yourself, which is fun.

“It’s just a question of looking into the monitor and seeing what effect the lighting was having.

David, who used no artificial lighting or enhanced sound for the project, adds: “I just had daylight coming in but made sure that the shutters didn’t put too much light on my face. I experimented a little bit with shutters and natural sunlight.”

“I think he was balancing it on about ten million books, but we got there in the end,” reflects Charlotte Bennett. “He’s amazing at taking direction, just totally brilliant.”

“It was joyful, he’s kind and lovely,” adds Katie Posner. “It is so beautiful because it can encompass so much…. There are so many metaphors that sit within it, and the spaces in-between everything that we’re experiencing on a daily basis.”

The play’s about a “man of a certain age,” says David, and suggests feelings of loneliness and displacement at home under lockdown: it asks whether this ‘home’ is the same home as the one we knew before, which was full of people and love.

Does David identify with the theme? Does he feel adrift in his own home under lockdown?

“There aren’t enough hours in the day,” says the actor, who’s now 78. “I’ve found myself involved in quite a few projects… there’s been a lot to get out of bed for to be honest. Just enjoying FaceTiming grandkids, missing a cuddle, but aren’t we all?”

“I keep popping down the garden to see how my babies are doing!” he says of his new love for gardening.

“It’s something I never bothered with before but now I’m really into it. I used to sit in the kitchen and enjoy watching my wife doing it, but now we’re both getting our hands dirty and mucking in with compost, and I’m absolutely adoring it.

“These new things you didn’t think you’d be interested in, they become a bit of a hobby.”

Gardening, cooking, musical instruments: the piece David acts in asks whether any of the possessions or hobbies we partake in within our homes matter unless there’s someone to share our houses with.

“It’s not for making a cup of tea, it’s bigger than that, it’s more than that,” says David about the idea of ‘home’. “If and when she finally comes home, that will be it. He ends up looking out of the window, still waiting.”

“The daily exercise was a great thing to start off with, and now instead, I’m doing at least one hour of state sanctioned snacking a day,” laughs Travis Alabanza, another creative involved in the Paines Plough coronavirus response.

They are writing three short monologues responding to the virus which each feel stripped back like the Simon Stephens story.

“Normally when I write I’m talking about big bold political messages in my work,” they say, “I guess my lockdown piece looks kind of the opposite: and I think right now grand gestures aren’t something we can always hold: there’s a lot of power in simplistic gestures right now.”

Much like David Bradley’s work, Travis’s will be filmed using the props and technology actors have in their homes, and nothing more high-tech.

“My character wouldn’t have film equipment in the house,” they say, “they’d have a webcam, so I want them to use what they have.”

A rise in entertainment responding to the virus is inevitable as the industry moves to accept our ‘new normal,’ but everyone at Paines Plough stresses the importance of self-care.

Production will inevitably take longer, as we adjust to our new work-life under coronavirus, but on the plus side, this whole period could be a positive driver for change in the creative industries.

“There’s an opportunity for a different way, and maybe that’s not a bad thing,” ponders Katie.

“Whatever those restrictions are, we definitely believe that stories will still be told and culture will still be made and it won’t all be just responding to a camera down a Zoom lens or an individual monologue: there will be ambition, it’s just we all have to understand what that will look like. What does it mean for us to be together in a different way? Because Covid’s not going anywhere.”

“We need to plan for a future with Covid in it and it’s stupid to pretend we don’t,” believes Charlotte. “In theatre or any industry, Covid’s part of the future picture right now - as terrifying as that is.”

Paines Plough launch Come To Where I Am, a series of 31 short plays from writers about the places they call home, and The Place I Call Home, a series of digital stories connecting international writers across borders. All new plays will be made available online