How Indie Theaters Are Reimagining The Moviegoing Experience 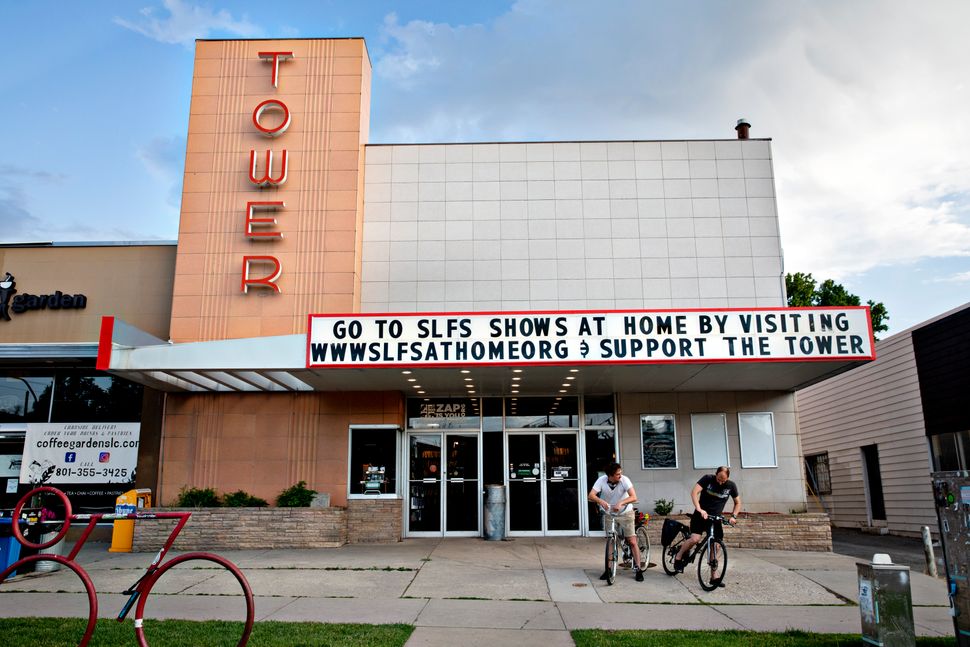 How Indie Theaters Are Reimagining The Moviegoing Experience

The seats may be empty, but there’s optimism behind the scenes at small, independent movie theaters across the United States. A business built around humans gathering in close proximity is a risky gamble moving into our post-coronavirus future. But as several owners of indie theaters told HuffPost, the challenges presented by COVID-19 offer a chance to reimagine the moviegoing experience and offer audiences new options.

“We will always have storytellers that want to tell stories and cinema has become an essential part of the way modern society does that,” said Tori Baker, the president and CEO of the nonprofit Salt Lake Film Society, which operates two art house theaters in Salt Lake City. “Sustainability — such as how many people at once, concession costs, what those concessions are — might shift. But what art houses have that the big chains don’t is the ability to innovate that experience.”

Whereas larger theatrical exhibitors like the AMC theater chain “have substantial doubt they can remain in business” due to their dependence on one avenue of revenue — the wide release of studio tentpole films — indie theaters across the country have teamed up with distributors to create virtual cinemas. First-run indie films — such as “Spaceship Earth,” a 2020 documentary about Biosphere 2 and distributed by NEON — can be rented through local theaters’ websites for an even split between the theater and distributor.

“The bottom line is that we look at independent art house cinemas as community cultural institutions,” said Richard Lorber, the president and founder of Kino Lorber, which was the first distributor to begin offering virtual screenings of its titles like the acclaimed Brazilian thriller “Bacarau.”

Unlike larger indie distributors NEON and Bleecker Street, whose offerings to theaters are also available on standard VOD platforms such as Hulu, Amazon and iTunes, Kino Lorber’s new releases are only available through theaters’ websites. The distributor has also begun working with individual theaters to curate virtual film festivals tailored to a specific theater’s audience.

“Indie theaters are able to cultivate, if they work at it, deep and meaningful relationships with their audiences that generate loyalty extending beyond simply showing the latest blockbusters,” said Jeff Yanc, the program director of The Loft Theater in Tucson, Arizona.

For Katherine Tallman, executive director and CEO of the Coolidge Corner Theater Foundation in Boston, the goal is to keep the community engaged. The Coolidge and many other theaters across the country have continued to serve their audiences through virtual screening rooms and film seminars.

The Belcourt Theatre in Nashville is offering a midnight movie watch-along where the staff members provide commentary via Twitch.

“We also have personal curation where, for 10 bucks, they send us the genres and films they like and we’ll have a staff member write back and say, ‘Here are three films that we think you would like,’” Tallman said. “And it’s different that it’s a person that is part of their community rather than an algorithm.”

Connie White, president and film buyer at Balcony Booking, which serves as an intermediary between the distributors and theaters and is based in Amherst, Massachusetts, said she hopes these innovations become complementary to the business rather than competitive once theaters reopen.

As much as community engagement fosters hope for the future and activities for the present, it does not yield as much revenue as IRL box office and concessions. With an initial donation of $50,000 from the Criterion Collection and Janus Films, Michigan-based association Art House Convergence started a GoFundMe for independent movie theaters across the country. The campaign has received high-dollar donations from filmmakers Steven Soderbergh, Atom Egoyan, Barry Jenkins and Christopher Nolan as well as smaller contributions, currently pushing the fundraising total over $840,000.

However, many theaters are depending on what they’ve received from Congress’ Paycheck Protection Act as well as other state and federal loans. Theaters, like so many other businesses across America, are navigating the complex and long, winding road of grants and loans.

“These grants are meant as a bridge to assist in the theater’s funding as they navigate other long term financial opportunities,” said Alison Kozberg, the managing director of Art House Convergence. Between these donations and the decision to rent movies through their local theater’s website rather than ITunes or Amazon, audiences are participating in what Lorber refers to as “filmanthropy.”

“If they know buying that ticket online through Kino Marquee is going to put half that price back into the theater’s pocket, they can feel good about preserving their local institution as opposed to what the studios are doing, which is charging $20 themselves and bypassing the exhibitors,” Lorber said.

For those independent theaters not exhibiting primarily art house fare, the path forward has felt slightly less rosy. In November 2019, Isaac Mass and his wife purchased the Greenfield Garden in Greenfield, Massachusetts, a theater that has been in existence since the 1920s. Massachusetts and Greenfield in particular have been hit hard by the virus and though the theater occasionally shows what would be considered independent art films, its audience is primarily families and retirees looking for a night out.

“Theaters like ours make their money in the summer and the winter and as owners, we’re missing our first summer,” Mass said. “We’re working with the art house distributors to connect with our community but that specialty programming, while wonderful to be bringing to our audience, isn’t exactly what keeps us afloat. That said, we have a T-shirt campaign and many people who purchase a virtual screening also buy that as a donation to the theater. So, the community is showing their love.”

This is a trend many of those running theaters with virtual screenings have also noticed.

“It is a time for all of us to take stock in what we most care about and invest in and care for it to the extent that we are able to,” she said. “Theaters invest in their audience and audiences reinvest in their theaters and other local businesses. It is a time to care for each other.”